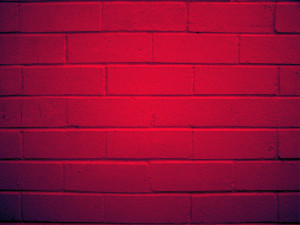 As an attorney who litigates Borderline divorces in Los Angeles and who consults nationally and internationally with spouses of Borderlines, attorneys and child custody evaluators, watching Borderline Personality Disorder (“BPD”) slowly emerge from the shadows  into public awareness is extremely exciting.  In 2011, Marshall Brandon, who played NFL football with the Denver Broncos and Miami Dolphins before being traded to the Chicago Bears, publicly announced he had been diagnosed with BPD.  An article published online by ESPN in February 2011, covered how Marshall Brandon stepped up to be a spokesperson for BPD diagnosis and treatment. He founded Project Borderline and the Brandon Marshall Foundation.  Other BPD suffers have come forward as well like Susanna Kaysen (“Girl Interrupted”).

Over the last 10 years, the internet has brought BPD into the open and exposed this previously unknown and misunderstood personality disorder.  Dozens, if not hundreds, of websites now exist that address BPD. Treatment centers, alternative modalities of treatment, support groups, blogs and other resources are available to those who suffer from BPD and to those who are in interpersonal relationships with a BPD.

END_OF_DOCUMENT_TOKEN_TO_BE_REPLACED

We receive calls from all over the United States and Europe and from as far away as India asking for help in dealing with, among other things, Borderline Personality Disorder cases. These inquiries typically fall into one of four categories. First, many callers want to know if we know an attorney in their area who specializes in Borderline Personality Disorder. Unfortunately, with the notable exception of one attorney in San Diego, California, I do not.

Second, because I am a Los Angeles divorce attorney, some callers ask me to talk with their local attorney because she or he “just doesn’t understand what is going on.” I am happy to accede to these requests and I have never refused an invitation to coach local counsel on what Borderline Personality Disorder is, the typical shenanigans Borderlines engage in, and how a Borderline Personality Disorder case differs from all other family law cases.

Third, some callers want me to associate into their case and appear locally with their local

END_OF_DOCUMENT_TOKEN_TO_BE_REPLACED

This first blog is a good opportunity to introduce you to my Los Angeles divorce attorney practice. We handle the usual “bread and butter” family law issues like divorce, paternity and paternity fraud, pre-marital agreements, “move-away” cases, property distribution, custody and support, and interstate jurisdiction. We also do some pre-foreclosure defense cases in which the property owner/borrower has mortgage insurance. Nevertheless, over the years my practice has evolved to emphasize high conflict custody cases in which the other party suffers from Borderline Personality Disorder. This initial blog is limited to discussing how it came to pass that so much of my practice deals with Borderline Personality Disorder cases. Subsequent blogs will deal with specific family law issues, including recent developments in family law.