A recent article in the Los Angeles Times discusses the unexpected to-do that surrounds determination of pet custody. An increasing amount of money, time and resources is being spent to decide the fate of household pets, and the process can be as complicated as a child custody battle. 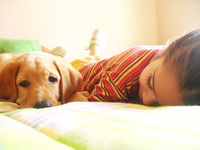 Complications arise because the animal has no voice of its own, and can’t say who it’s rightful owner is or with which party it would prefer to reside. The average pet owner rarely thinks about routinely updating documentation to prove their relationship with their pet, so pet custody battles tend to be based on one party’s word against the other.

Pets are not just property that can be divided equally between parties, so it is up to individual judges to choose the criteria for determining the rightful owner. Do they go by which party the pet appears to like more, which party it obeys? Does the animal go to the party who originally purchased or adopted it, or the person who plays with it, buys its food and takes it to the vet? If child custody is awarded to one parent in a divorce, does that parent have a better chance of getting the dog because of the children’s attachment? If one party clearly loves the pet more, but the other party has excess money to pay the animal’s steep veterinary bills, what then?

Take a look at a prime example of these dilemmas in this article about Stitch, a very popular French bulldog.