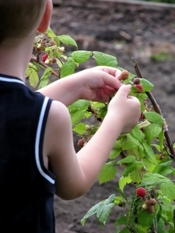 Who at CPS was fired and ordered to pay restitution from his or her own savings and assets to these parents (rather than from taxes levied upon innocent taxpayers)?

Who at the Honolulu Police Department was reprimanded and terminated?

What did the government do to ensure that the people responsible at each step in this psychotic process never work with children again?

Why are people who have a sense of human decency, a sense of proportion and balance, and a basic understanding of the difference between guilt and innocence, who possess common sense, normal judgment and compassion, and who have the courage to act on their convictions when confronted with obvious injustice, culled from the ranks of law enforcement in favor of people whose demonstrated stupidity borders on the primitive?

Shouldn’t statutes be enacted waiving sovereign immunity so that citizens have standing to sue government employees for what would otherwise be crimes if committed by anyone other than someone wearing a uniform?

Has American law enforcement lost its moral compass and ability to distinguish between innocent and criminal behavior? (At the “scene of the crime” the police knew or should have known that the Leszczynskis lacked the specific intent necessary to prove the crime of theft.)

Why didn’t the Leszczynskis sue Safeway, CPS and the Honolulu Police Department for a million dollars?

The answers to these questions are not pretty.

Above all, ask yourself: “What am I doing to “Protect and Save” my family and this country from the growing tyranny that is inherent in the government’s drive to force everyone to conform and comply with its orders–right or wrong?”